Amazon Echo vs. Google Home: Which Is the Best? 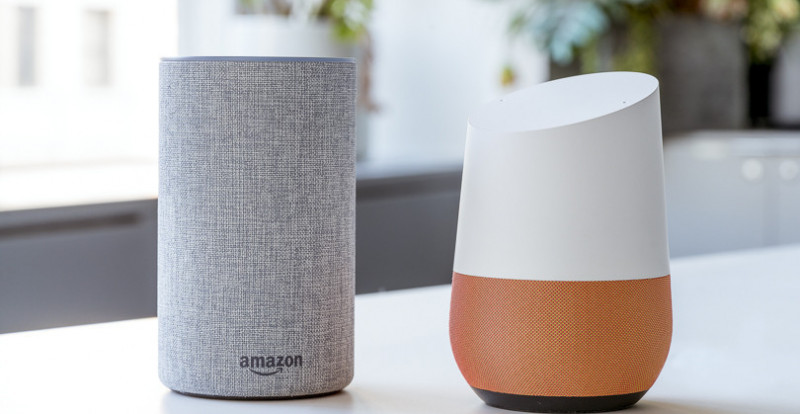 Smart speakers, like Google Home and Amazon Echo, are the hot tech item. The idea is that you can just talk to the device and it will perform certain tasks such as telling you weather, getting you directions, and playing music.

The great thing about these smart speakers is that you can use them for all sorts of things. Google and Amazon are constantly adding new features and functionality to their devices.

If you’re in the market for a smart speaker, you’re probably wondering what the differences are between the two most popular models: the Amazon Echo and the Google Home. Which of these two smart speakers is better?

We’re going to take a look at the features, pros, and cons of both devices to determine which smart speaker is best for you.

Both Google Home and Amazon Echo are controlled by your voice, which makes life a lot easier. You can tell either one to perform a certain task.

The Google Home is capable of controlling Nest products, including thermostats and cameras. The Amazon Echo can control some Wink products, such as lights and some types of thermostats.

Echo is capable of playing music from Amazon Prime Music and Spotify, which is a huge advantage if you use either of those services. If you’re an Amazon Prime member, you can stream Prime Music for free. If you use Spotify, you can play music for free using the free version of the app, but you’ll need to pay for a premium account to play anything on Spotify.

Talking about smart home integration, both smart speakers can interact with smart home devices and control them with your voice.

Google Home is capable of controlling Nest products, including thermostats and cameras. You can use your voice to adjust the temperature in the house, get a live video feed from your cameras, and view a video history of your Nest Cam.

The Amazon Echo can control some Wink products, such as lights and some types of thermostats. You can control lights using “Alexa, turn on/off the living room light.” You can also use the Amazon Echo to schedule lights to come on and off at a certain time.

The Google Home can connect to Nest and SmartThings devices. It’s also capable of connecting to any device that uses the IFTTT (If This Then That) protocol.

The Echo is also capable of connecting to a larger number of smart home devices that use Bluetooth.

Which Speaker Is Best For You?

If you’re interested in the Google Home, you’ll get more use out of it if you’re a Google user. It can play music from a larger number of services. It can connect to a larger number of smart home devices. However, it can’t play music from Amazon Prime Music or Spotify. If you’re interested in using a smart speaker with Google services, this is a great option.

We’re still in the early stages of smart speaker technology. We’re sure to see a lot more innovation in the coming years, especially as the competition heats up between Amazon and Google. For now, we’ve compared the two most popular smart speakers on the market to help you choose the best option for your needs.