Netflix Dedicates a Site for Its Top 10 Projects 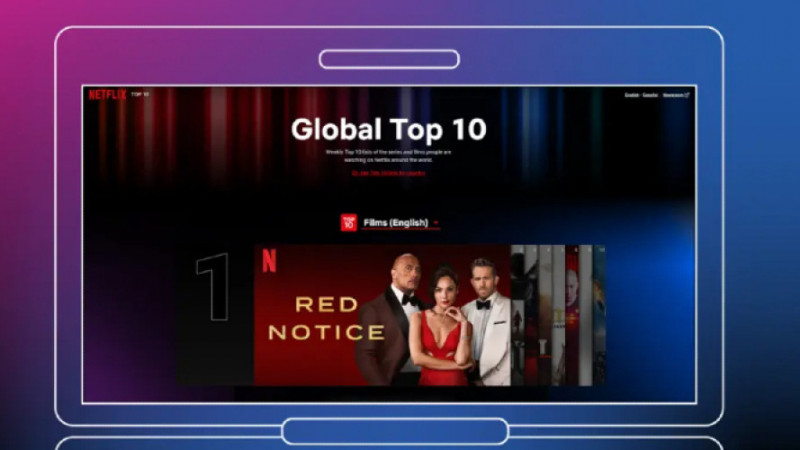 Want to choose the next movie or show to watch on Netflix? Now you have an entire site that will help you with choosing. On top10.netflix.com, you will find the most viewed films and shows on the video service, both English and non-English (though all of them at least have English subtitles if not dubbed).

The new site reflects the changes in metrics Netflix uses. It was announced on its earnings call in October 2021 that its usual two-minute metric is no more considered relevant. Instead of this, Netflix will use the total viewing time in hours. And indeed, it rarely takes one less than two minutes to realize they wouldn’t be watching this film or show.

Along with the top names in each of four categories, the new site tells in which countries it made it to the Top 10. It is easy to search for the country that interests you, as they are all sorted by continent.

As for November 18, the most viewed English film on Netflix was Red Notice, a thriller featuring Dwayne Johnson, Gal Gadot, and Ryan Reynolds. The most popular non-English movie was Yara, an Italian thriller based on a real case. When it comes to TV shows, the most viewed one in English appeared to be Season 3 of Narcos: Mexico. And (as you might have guessed) the champion among non-English shows is still Squid Game: Season 1. Yes, they mean there will be Season 2. Of course, you can proceed to watch any film or movie that made it to the Top 10 by simply clicking the link.

Given its global scale, it’s a bit strange to see that the site is so far only available in English and Spanish. Probably it will add other languages later, according to its popularity in different regions.

By the way, does the popularity of films and shows affect your choice? Do you like following trends or uncovering hidden gems? And what’s more interesting for you: titles made originally in English or those from other countries? Let’s have a discussion in the comments and drop more ideas and titles!