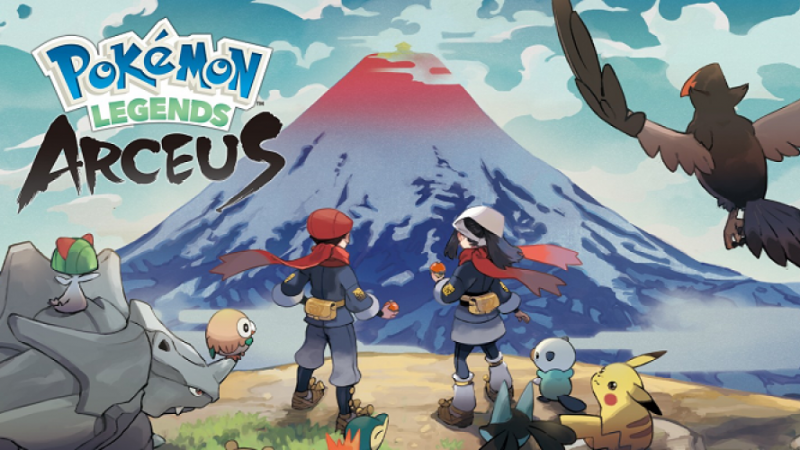 Today, Pokémon Legends: Arceus announces a big update. On Sunday, update 1.1.0, named Daybreak, arrives for all players. With this update, you get a load of Pokéballs, a news story about the Pokémon outbreak, and new battling mechanics that will raise the interest in the game.

As announced, the update will add to the gameplay. While usually different areas are inhabited by different Pokémon, now outbreaks can happen, and Pokémon that aren’t usually met in a certain area arrive in numbers. This changes the entire mechanics of the game and opens the door for new quests and unpredictable events. As an open-world RPG, this game will always benefit from more content and quests.

The new content becomes available after finishing the main storyline. Then you can access the additional quest named The New Anomaly. This quest starts just with this sort of outbreak when on the Ramanas Island you suddenly encounter crowds of Hisuian Zorua which aren’t normally seen there. After this beginning, you can proceed to the next quests from the Daybreak. First, you need to finish all outbreak quests, and then there are battle challenges. With this update, you also receive 30 Giga Balls, 30 Jet Balls, and 30 Gigaton Balls. They need to be claimed before March 31, otherwise, they just expire.

Pokémon Legends: Arceus is available on Nintendo Switch only. This update is the first after the release that took place on January 22. If further updates follow as often, it will be one of the most dynamic Pokémon games ever and a reason to buy Switch if not yet. After all, it’s the most innovative game of the franchise since Pokémon Go.

Have you already got Pokémon Legends: Arceus? What do you think about the upcoming updates? How does it feel next to other Pokémon games? Feel free to share your thoughts in the comments!