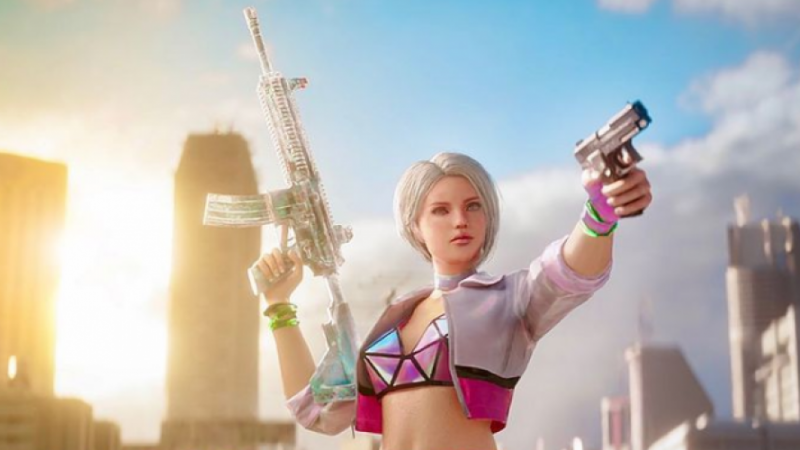 PUBG Mobile is not the champion of collaborations, this title being firmly held by Fortnite. Yet it’s also no stranger to cross-brand projects, and another one has been announced recently. Soon, PUBG will feature characters from a popular manga and anime series Black Lagoon by Shogakukan.

While anime fans are well familiar with this franchise, the unaware ones will have a chance to discover it. Black Lagoon is a long-running story about a petty Japanese office manager that one day got involved in a sophisticated conspiracy with pirates, Russian mafia, Thai Triads, and other powerful groups. The storyline is complicated and full of twists, and you may get a lot of kicks from it. But you only need to know the very basics about the story to enjoy the introduction of its characters.

As soon as the project starts, the players will be able to try on costumes and voice cards of characters from Black Lagoon. Voices, of course, are inspired by the anime series, though it’s the manga that still continues. It’s not clear yet whether featured characters will be voiced by the same actors heard in the anime. More than that, the only one confirmed is Revy, the main fighter of the Lagoon Company, the corporation that plays the key role in the story.

The date of the collaboration is not yet announced. Both Tencent and Shogakukan, though, agree that Black Lagoon themes will arrive in PUBG Mobile in March 2022. It’s not the first time anime and manga characters appear in the game: previously it featured collaborations with Jujutsu Kaisen and Sakura Wars series.

Do you play PUBG Mobile? Would you like to try Black Lagoon characters in this Battle Royale? Do you buy cosmetics in free-to-play games, and if so, does it make the game more fun for you? Share your experience in the comments if you please!