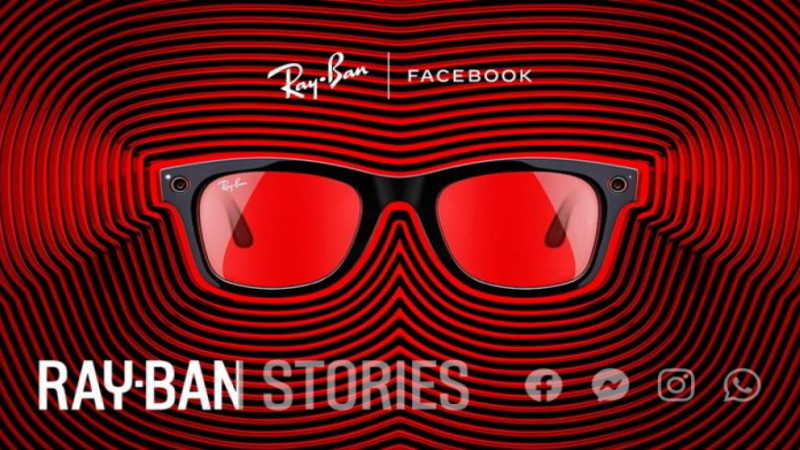 Facebook and Ray-Ban’s new collaboration came as a surprise to many fans of both companies. According to information from September 9, the collab intends to release the line of AR glasses. Evan "Evleaks" Blass has published many photos of a special design for the upcoming novelty. What can we expect from these glasses?

The glasses are called Ray-Ban Stories, and they will be present in three different variations along with the classic Wayfarer glasses Ray-Ban is well-known for. The other two, Round and Meteor, also look pretty similar to the classic Ray-Ban designs.

These smart glasses differ from classic models not only by their unique looks but also by their practicality. A hidden feature is the ability to record everything that the user sees. Two 5 megapixel chambers are located on the sides at the hinges of the structure. Thus, you can shoot what is happening around you without special devices. You will not have to be distracted by unnecessary actions during the shooting.

These are not all the features that the Stories glasses hide. They also have an open-ear speaker for answering incoming calls or listening to music. But at this point, it is unclear how noise pollution will affect the people around. A potential privacy issue also raises questions, as not all people caught in the camera range will be comfortable with it.

Beginning of Something Bigger

New smart models can mean the approximation of the development of full-fled reality glasses, Mark Zuckerberg said. But these are only forecasts for the future because the Storie glasses don’t have screens for AR functionality. The series of photos so far only gives us food for thought, so we can only wait for this product to come.

The idea seems pretty ambitious, but how will the companies’ communities react? We will see in the future. You can leave your thoughts on the topic in the comment section below. Don’t forget to share the article if you like it!