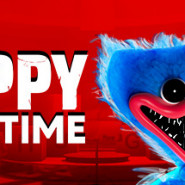 All trademarks belong to their respective owners.

Poppy Playtime is a horror adventure game where a former toy factory employee wants to find out the truth about his former job. The game was created by MOB Games and released on October 12, 2021. You can download Poppy Playtime from the Steam Store on your PC.

It is a beautifully architected game, which brings a massive charge of nostalgia in its “Jimmy-Carter-era” aesthetics, diluted with a murky, frightful and spine-chilling dosage of genuine horror.

Poppy Playtime has only one chapter and one hour of gameplay, so if you’re after some longplays, you might be disappointed. But that’s not too bad, as the game itself is good and interesting and it is very likely that in future the game will have more chapters.

This game is simple to navigate. However, there are lots of tasks and numerous challenges in front of you, so once you learn how to use the GrabPack you have to pay attention to everything that is happening around you. Each weird noise or move can’t be ignored.

Poppy Playtime is a great and innovative game, with original gameplay and an interesting story. Graphics and controls are also cool. However, the game has only one chapter for now, but anyway, it looks promising.