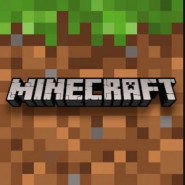 Free
Get Game
To install this application you will get a link in the Official Store
1.16.0

Minecraft is one of the games that defined the gaming of the 2010s. It features the famous cubic world that the player slowly transforms from primal wild into civilized. Finally, you can build your own cities or even countries, alone or with other players. Minecraft arguably gives you more freedom than any other game. You can download Minecraft on PC, iOS, Xbox One, and Nintendo Switch.

Released by Mojang in 2009, now the game is owned and run by Microsoft. It receives updates constantly, plus gets spinoffs, like the AR-based Minecraft Earth. You can play Minecraft on various devices, from new and old smartphones and desktops to consoles and even Tesla cars. Its simple cubic visuals lower the system requirements and shape its recognizable style.

There are two basic modes in the game: Survival and Creative. In Survival, you use your bare hands to get your first wood and stones and make your first axe, and then use it to progress further. You’ll need to produce weapons and build yourself a home, as in the night beasts are out to hunt. You can do it alone or cooperate with other players.

What most of us love Minecraft for, though, is Creative mode. That’s where we build rocks and skyscrapers, ancient castles and futuristic starships, cathedrals and universities, and stuff. There is no hunger and no danger, no limit in materials or time, no mission to complete but your own.

Along with original features, Minecraft lets you contribute any way you wish. You can:

This list is far from definitive, but it shows you how Minecraft can enrich your life. Other modes follow the two basic ones. Hardcore is the harder version of Survival, and, say, in Adventure mode, there are more interactive objects. Still, in any of them you transform the world, brick by brick.

The Game to Last

Minecraft seems inexhaustible. It gives you the bricks to make your world out of them, and a platform to show the other players your results. That’s what mankind needed. Children and adults both adore construction games, and Minecraft is the main one of the digital era. Though it has lots of followers (like ARK: Survival Evolved, Eco, or LEGO Worlds), no one so far could make a better building game.